Hello. My name is Doctor Katherine Clark, and I really don’t have time to talk right now. At this moment, my only concern is for the victims of a terrible train wreck that has happened on the outskirts of our small town of Hillsdale, Michigan. We were in the mist of the worst blizzard I’ve seen since moving here from South Carolina many years ago. Two trains collided at the height of the storm, and while there were few deaths, the remaining people are now stranded here until the spring thaw.

Oh heavens, is that Josh McClain? What is he doing here? I haven’t seen him since Papa and I left Abbeville soon after my mother’s death. Josh was the best. We’d get into all kinds of trouble back then, mainly because I’d want to save some bird or racoon or something. But Josh never complained. Sometimes, he’d even help me nurse my little creature back to health. He was the kind of friend I could depend on. A shoulder to cry on after our mothers were killed in a terrible carriage accident.

I hadn’t realized until this moment how much I’ve missed him.

But Josh is all grown up now, and wickedly handsome, though I’m not sure why I’d notice that. And he’s a doctor which is a pleasant surprise! Just one more thing we have in common. I wonder if he can still make me laugh. No one could make me laugh like Josh! But why was he here? His father owes the largest cotton mill in the southeast. Surely, he expected Josh to take over the family business.

I could have heard Josh right. Did he say we were engaged? Maybe, he’s concussed. That has to be it. Yet, he keeps saying it’s true. He has to have bumped his head because he’s talking gibberish. He’s adamant. We are engaged. But how can that be? We haven’t seen each other in almost fifteen years.

Of course, Papa and I will have to take him in. Josh is a friend of the family, after all, and maybe, just maybe he’ll tell me why he thinks I’m to marry him. 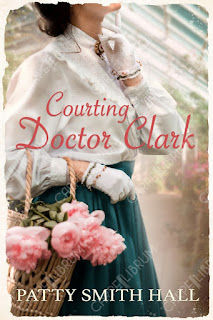 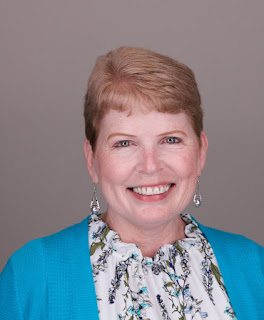 The Author of My Story:   Patty Smith Hall