My name is Slade Jackson and I’m here to share my story behind the story of Silent Night Suspect.

My roots are set in small town Iowa. Don’t live there anymore but it made me who I am. Our hometown is the kind of place that exists only in old black and white movies. Everyone knows everyone else’s business, people watch out for one another, and there’s no need for daycare when the whole neighborhood is watching your children.

It was a wonderful place to grow up. Safe. Never more than 800 people even during the fourth of July events. The favorite shindig of the year that brought even those who’d moved away home for that holiday.

I met the woman I knew I’d marry in kindergarten. Asia was the only one for me and I never doubted her love. It was like we were meant for each other. Destined to be together. Until Zander Stratton moved into town. The people I’d know all my life were cold. Unwelcoming toward him. So when Asia brought Zander’s lonely plight to my attention, I jumped into action. That’s me. The rescuer. Except I managed to rescue Asia right into Zander’s arms.

Maybe there’s no one to blame. Maybe I saw Zander infiltrating my territory and I was over confident. Thinking she’d never choose him over me. Until she did.

Our senior prom was our last night together. My sisters rallied around Asia acting like her personal ladies in waiting. Doting on her. And I could picture our future together. Our own huge family interacting with my siblings and their children.

And it might’ve happened except that I made the mistake of sharing my proposal plan with Zander.

Everything was magical. There with Asia, dancing under the fabricated stars (made by using old Christmas lights). Life was perfect. Until it wasn’t.

Zander had disappeared. Asia was worried since he’d seemed depressed that night. I went outside to find him. He always took off to smoke a cigarette. Sure enough, I found him.

Zander dropped an anvil on my head with his confession. He’d fallen in love with Asia. It bugged me but I figured he’d get over it because she didn’t feel the same way. Zander assured me she did. I didn’t believe him. Blew it off thinking it was lies. But when I asked Asia about it at the end of the night while we stood in front her house with the single bulb porchlight illuminating us, her eyes told me everything. She begged my forgiveness and said her feelings for Zander went beyond friendship. She asked me to set her free.

And with my heart shattered, I kissed her goodnight and agreed to let her go with one condition, she and I never stop being friends. If I couldn’t have her as my wife, I wanted her to have everything her heart desired. Even if her heart desired Zander. So long as I could be with her as a friend, I’d take it. Whatever it took to keep Asia in my life.

I'm Asia Stratton and Slade’s reminiscence isn’t wrong, but I viewed our teenage years somewhat differently. My name is Asia Stratton. Slade’s correct about how he describes our hometown. But where he saw it’s greatness, all I saw was boring. My whole life was boring. I didn’t realize at the time how beautiful boring can be. Everything was stable. I had a mom and dad still together, still in love. My life was easy. I had a steady boyfriend, and we’d talked about getting married someday. Slade and I had been a couple forever. We were inseparable. He was reliable and safe. He came from a large family. They were loud and loving. The Jackson home was a second family for me.

Until Zander Stratton moved into town our senior year of high school.

Zander turned our 1950s town upside down with his rugged good looks, too long hair, and leather jacket. His whole persona screamed bad boy. It was intriguing. At least I thought so, but our welcoming corner of the world suddenly went cold. Slade and I saw the way Zander was treated and felt bad for him. We befriended him and became the three musketeers.

I’m not sure exactly when it started but somewhere along the line, I viewed Zander differently. I told him nothing could happen between us until I talked to Slade. I wouldn’t do that to him. Breaking up would be hard enough. But he jumped the gun at prom and before I knew it, things had changed instantly.

Life with Zander was hard. He was the polar opposite of Slade. Where Slade was easy-going, reliable and secure, Zander was needy, impatient and sporadic. At first it was exciting, but our life quickly became harder to handle. Then Zander started doing drugs. He had affairs that broke my heart and with each one my heart died a little bit. I was so embarrassed about our life that I never told anyone. I slid into a lonely existence. Then Zander’s erratic behavior got stranger and before I knew it, he demanded I stop talking to Slade.

When he disappeared, I wasn’t too worried, because he’d done it before. Gone on binges and reappeared weeks later. But when weeks became months, I knew something was really wrong.

I never dreamed that I’d be on the run, fearing for my life. Never knew that Zander’s decisions would be the catalyst that changed my life. And that I’d be relying on Slade more than ever to unravel the mess that had consumed my life. 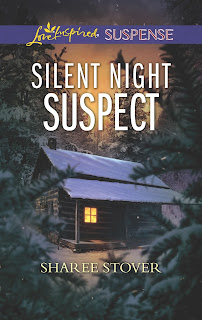 The Author of My Story:   Sharee Stover 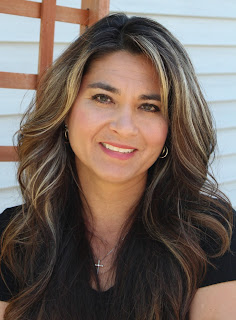 Colorado native, Sharee Stover, lives in Nebraska with her real-life-hero husband, three too-good-to-be-true children, and two ridiculously spoiled dogs. A self-proclaimed word nerd, she loves the power of the written word to ignite, transform, and restore. She writes Christian romantic suspense combining heart-racing, nail-biting suspense and the delight of falling in love all in one. She is a member of American Christian Fiction Writers, Sisters in Crime, Romance Writers of America, and Nebraska Writer’s Guild. Sharee is a three-time Daphne du Maurier finalist and the winner of the 2017 Wisconsin Fabulous Five Silver Quill Award. Her debut novel, Secret Past, was named Best First Book 2019 by the National Excellence in Romance Fiction Awards. When she isn’t writing, Sharee enjoys reading, crocheting and long walks with her obnoxiously lovable German Shepherd.

The author will be honored to gift a winner a signed copy of
Silent Night Suspect to a winner within the U.S.