My Story BEFORE The Story ~ Maria von Wedemeyer ~ My Dearest Dietrich

My name is Maria von Wedemeyer. I was born in 1924 at Pätzig Estate in Pomerania. I’m the third of seven children. Growing up, I was blessed to be a part of a loving and supportive family. I’ve always been especially close to my vater, Hans von Wedemeyer. He taught me how to ride a horse, how to appreciate nature. Together, along with my dear brother Max, we would spend hours on horseback, touring the estate and stopping to chat with our tenant farmhands. Rarely have I felt freer than in those moments.

Our extended family is also close, and I share a special relationship with my maternal grossmutter, Ruth von Kleist. She taught her grandchildren the piano, and her home was always open to our visits. One Sunday morning when I and some of my siblings were staying at her home, she announced we would be attending church at a chapel run by a group of seminarians who were studying in the area. Due to Hitler’s restrictions on the church, pastors who wished to be trained independently of the Reich had to do so in secret. My highly-opinionated grossmutter would not be told what to do by anyone, least of all Adolf Hitler, and she pledged her full support to this group of seminarians and their leader. That morning, I met him for the first name. His name was Dietrich Bonhoeffer. I found myself awed by him, and moved by his sermon. As a young person growing up in 1930s Germany, it was difficult to know whom to look to for guidance, whom one could trust was truly doing the will of God. Our family found such a person in Dietrich.

I attended boarding school at Wieblingen Academy. The leader of the school was Elisabeth von Thadden. We students recognized right away that our fiery teacher wasn’t about to bow to the Nazis, nor teach us to do so. Even in the way she gave the Hitler salute—compulsory at the start of morning classes—she showed her dislike by limply raising her arm as if swatting a fly. I dearly loved that school and graduated with honors, especially in mathematics.

After graduation in 1942, I embarked upon a round of visits to friends and family before beginning my compulsory term of national service. Foremost among these was a stay with my grossmutter. It was there, on a sunlit June evening, that I was reunited with Dietrich Bonhoeffer again. After that evening, nothing in my life would ever again be the same. 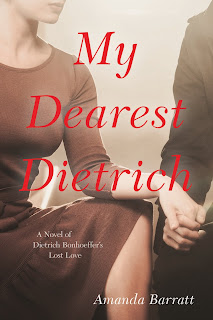 My Story Title:  My Dearest Dietrich:
A Novel of Dietrich Bonhoeffer’s Lost Love


The Author of My Story: 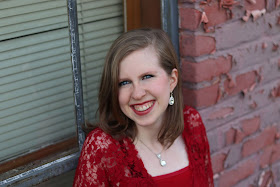 Amanda Barratt is the ECPA best-selling author of several novels and novellas, including My Heart Belongs in Niagara Falls, New York. She is a member of American Christian Fiction Writers and a two-time FHL Reader's Choice Award finalist. She and her family live in northern Michigan.

Amanda Barratt will be honored to gift a winner a signed copy of
My Dearest Dietrich
Be sure to leave a comment to be entered into the drawing!
DRAWING TO BE HELD WEDNESDAY EVENING ~ July 03, 2019.

Our Stories BEFORE The Story ~ A Heart Surrendered

Hello everyone, I am the oldest daughter of the great Pastor and First Lady Peterson of New Hope church. The congregation sometimes refers to me as Second Lady. I can’t blame them. I’m at Mother and Daddy’s beck and call, a constant fixture at the church. Other than that, I’m just plain old Sharonda Peterson.

My siblings were blessed with all the personality, talent, and looks. As a teenager, troubled by my many inadequacies compared to them, I found comfort in the arms of the talented Carl Ray Everhart. How could the only night I ever felt beautiful be wrong? Since then, I’ve served God faithfully. Marrying the man of my parents’ choosing, seventeen years my senior, should more than make up for my one indiscretion.

My name is Carl Ray Everhart. I’ve returned to Longview, Texas to set things straight after a near-death experience. I took the worship leader position at New Hope church eager to apologize to my best friend, Sharonda Peterson, for the night that never should have happened. It doesn’t take long for me to realize I want more.

She wants nothing to do with me, but I am determined to fight for us the way I wanted the people I loved to fight for me. God never said it would be easy. I will prove that I am no longer that selfish teenage boy, but a changed man, in whom Sharonda can entrust her heart. 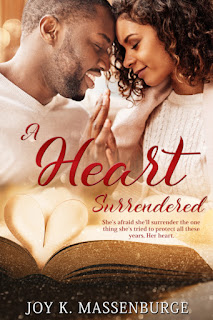 My Story Title:   A Heart Surrendered


The Author of My Story: Joy K. Massenburge 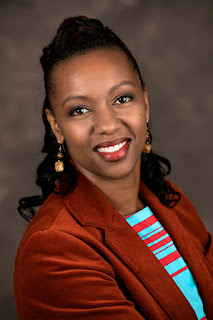 Joy K. Massenburge crafts contemporary love stories of pastors and their kids. She was born the sixth child of a pastor. She married a football player turned pastor…they raised pastor’s kids; a son and two daughters.

During the week, she works as an assistant to a CPA. She serves as American Christian Fiction Writers (ACFW East Texas) chapter’s President. She is also the audio voice of Beatrice “Mama B” Jackson in Michelle Stimpson’s Mama B Books series. When she is not writing or recording, she is speaking at retreats and conferences throughout the East Texas area.

The author will be honored to gift a winner a signed copy of
A HEART SURRENDERED
Be sure to leave a comment for a chance to win this new novel!
DRAWING TO BE HELD WEDNESDAY EVENING ~ June 26, 2019.

My Story BEFORE The Story - Mail-Order Mishaps

My name is Caleb Blair. I had no intention of getting into it with Buck Tinan. All I wanted to do that day was fetch Eve Martin at the train depot and then get married. And here I am in a jail cell, for crying out loud! Miss Martin will probably get on the next eastbound train and not look back. Can’t say as I’d blame her.

I got a real break when I was twenty and was able to buy my own spread with some money my pa left me. I’ve worked really hard to build it up over the past decade, and I’m just about ready to hire some help. But, man, it gets lonesome when you’re by yourself on a ranch. After giving it a lot of thought, I placed one of those bride ads, and the sweetest woman answered me. Eve Martin.

We wrote letters back and forth for months before she finally agreed to come out to Cheyenne and marry me. That was the best day of my life. After I got that letter, saying she’d become Mrs. Blair, I did everything I could to get ready for her. I cleaned up my place at the ranch and bought a few new things I hoped would please her, like a teapot and new towels, stuff like that.

And then I got into this mess. Sure, I hit Tinan. He was whipping that boy he got off the orphan train. But I didn’t kill him, no matter what people say. I’m just praying that Eve believes me, not what the sheriff says. If not, I’ll probably never see her face-to-face. 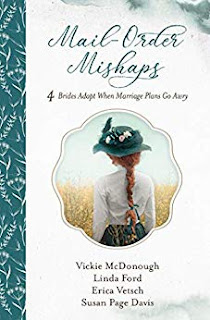 
The Author of My Story:    Susan Page Davis 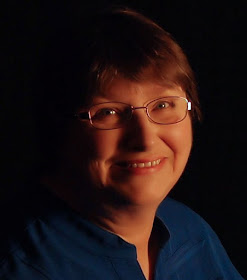 Susan Page Davis is the author of more than 90 novels and novellas. She writes romance, mystery, suspense, and historical, and she’s won the Carol Award, two Will Rogers Medallions, and two Faith, Hope and Love Readers’ Choice Awards. A Maine native, she and her husband now live in western Kentucky. They have six children and ten grandchildren.

The author will be honored to gift a winner a signed copy of
Mail-Order Mishaps
To someone leaving a comment.

Our Story BEFORE The Story ~ Lord of Her Heart

I am Jocelyn Ashburne and I am on the run. I’ve just escaped the convent after learning the abbess was being blackmailed to force me to either make my vows to the church or marry any man willing to part with a purse full of coin. I never thought I’d ever be wearing boy’s clothing, but here I am in itchy hose and tunic, running through the woods like a criminal, trying to get back home to my father.

Growing up in a large castle as an only child, I admit I was rather spoiled. But I was loved, and I knew it well. My parents doted on me, almost as much as they did each other. But then Mother grew sick and died, leaving my sire grieving and despondent. I lost both parents that day—one to sickness and one to a broken heart.

And then she arrived. Lady Helen. She snaked her way into my sire’s life and into his heart. Aye, she doted on me in his presence, but barely tolerated me otherwise. It was she who convinced my father to send me to the convent for an education. Said I was sadly lacking in the skills needed to marry well in the kingdom. No amount of arguing convinced my father to change his mind.

I was at the convent for several years. My father wrote to me a few times a year until this past year. I haven’t heard a word and I’m worried. I’m headed home to find out about my father’s silence and see if it has anything to do with the abbess’s blackmailer. Now I must stay out of trouble until I make it home to Ramslea.

I am Malcolm Castillon of Berkham, the younger son of a lord without land to call my own. My brothers have built a reputation for themselves and have been granted land by the king, and I aim to do the same. I’ve been tourneying with my squire all over France and England, winning gold and gaining the reputation needed to approach the king for land. While I earned my spurs and was knighted a few years back, I want to be lord and command my own garrison.

I’m headed to Ramslea where a large tournament is to begin in a se’ennight (seven days). The problem is my squire is ill and I’m afraid I must leave him in the next village if he worsens. Without a squire, my job is more difficult. It can be done, but not as easily had I help. Perhaps I can find a person to act as squire along the way. If not, I shall make it on my own. Earn my gold. Gain my land. I shall be victorious. 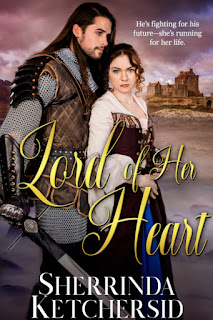 My Story Title:   LORD of HER HEART

The Author of My Story:   Sherrinda Ketchersid 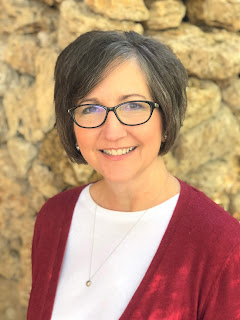 Sherrinda Kitchersid is a lover of stories with happily-ever-after endings. Whether set in the past or present, romance is what she writes and where her dreams reside. Sherrinda lives in north-central Texas with her preacher husband. With four grown children, three guys and a gal, she has more time and energy to spin tales of faith, fun, and forever love.