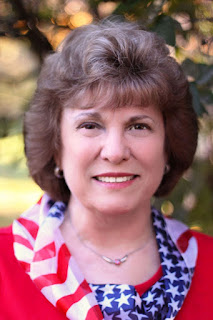 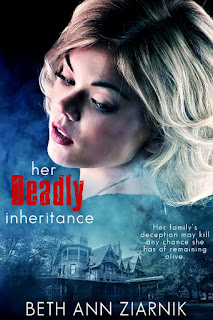 Stories set in my home state of MICHIGAN always catch my attention. . .but no more so than when written by a friend of mine.
I met Beth via ACFW's national organization, and later spent some time with her at one of the ACFW conferences. . .since we'd kept in touch as much as our busy schedules have allowed. In September 2014, I got to see Beth again at one of the ACFW conferences and learned she'd been contracted by the same Literary agent as myself, Jim Hart. I am so excited to be able to introduce Beth's debut novel to you, my followers.

Published by LIGHTHOUSE PUBLISHING of the CAROLINAS,

Beth has written a Romantic Suspense worth spending your time reading.

First a runaway. Now running for her life. Won't Jill Shepherd's family be surprised when she returns to Grand Island, Michigan to end their lies and scheme to have her declared legally dead? But when Jill exposes the mastermind behind her intended death, her family's deception may kill any chance she has of remaining alive.

Clay Merrick may seem to be little more than a handy-man restoring homes, but when the former Special Forces operative tracks a brutal killer to Jill's historic house under renovation, he has most of the evidence he needs to bring the killer to justice ... until Jill gets in the way.

When the killer sets sights on Jill as the next victim, it's not just Clay's mission on the line, but his heart.

A long-time fan of romantic suspense, Beth Ann Ziarnik offers her first novel with all the twists and turns, cliffhangers and romantic tension she and readers have come to love. She is a co-founder of Word & Pen Christian Writers in Northeast Wisconsin and a member of American Christian Fiction Writers. In addition to her 450 published pieces (several included in anthologies), she is the author of Love With Shoes On, her ten-year devotional column about love in action and based on 1 Corinthians 13.

5:00 a.m. Twelve hours before a judge would declare her legally dead.


Clutching her cell phone to her ear, Jill Shepherd turned away from
the red numbers glowing on her bedside clock and paced in the room’s
pre-dawn shadows.
“Say you’ll come, Jill.”
“Don’t ask me, Uncle Drew. You know I can’t.” She squeezed her eyelids
shut and struggled against the tightness in her throat. “The minute Lenore
finds out I’m alive and you knew, she’ll think we planned this.”
His wife would turn on them both for snatching the house on
Michigan’s Grand Island from her at the last minute. “She’ll leave you.”
“I’ll take my chances. More important things are at stake here.”
His quiet resignation clawed at her conscience. She clenched her teeth.
She would remain strong. He deserved that much.
“I can’t.”
“Yes, you can.”
She swallowed hard at his pleading.
“I have to go,” he said, “but please come. The company plane is waiting
at O’Hare. You have the pilot’s number. Call him.”
Jill pulled in a shaky breath. “She’ll never forgive you.”
“I’ll meet the plane when you get here. On the way to Windtop, we’ll
decide how to break the news. Everything will be fine.”
He disconnected the call.
Everything would not be fine. Even he knew too well that someone
would pay. The same woman who had driven Jill’s fragile mother into
seclusion would see to it.

LEAVE A COMMENT FOR BETH - Encourage her in her DEBUT!


journeystojoy.net at 5:00 AM No comments:
Share
‹
›
Home
View web version