Lightning On A Quiet Night ~

A HUGE welcome to ~ 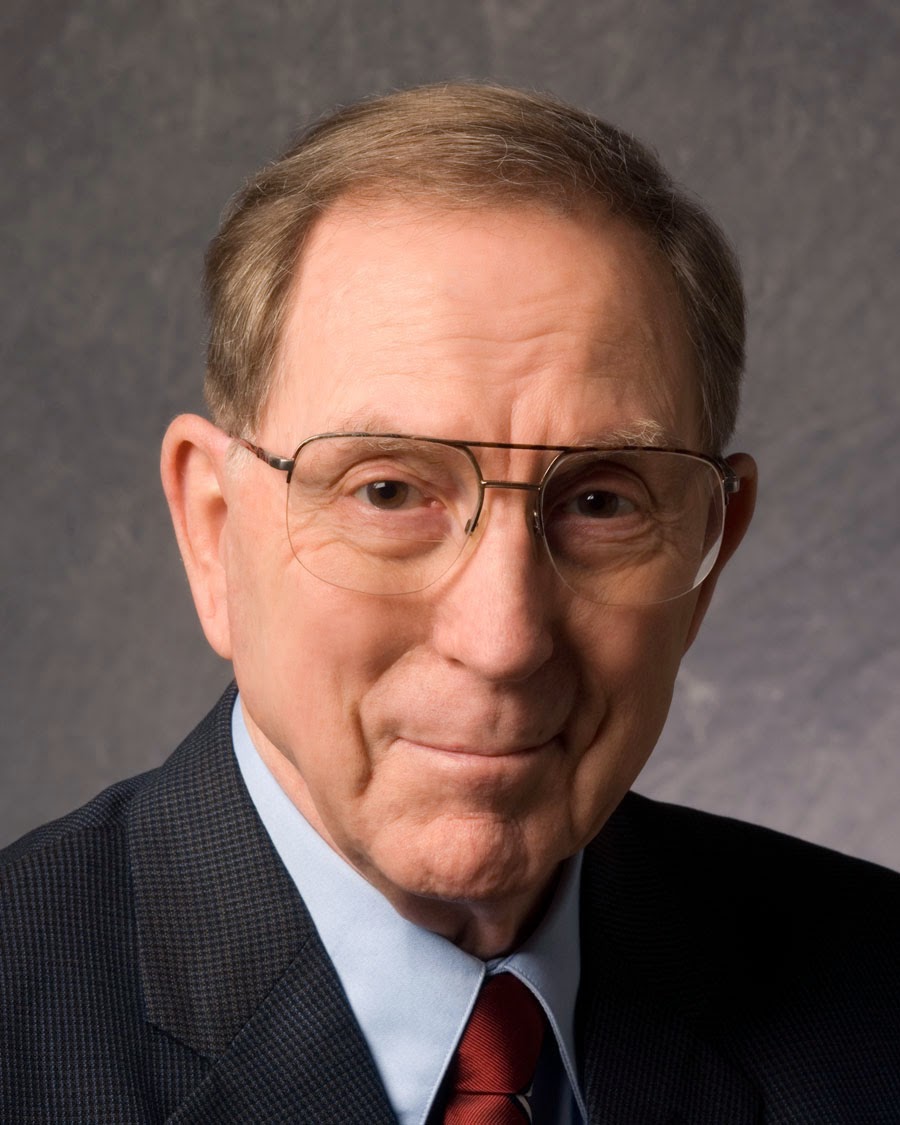 ~  LIGHTNING ON A QUIET NIGHT ~ 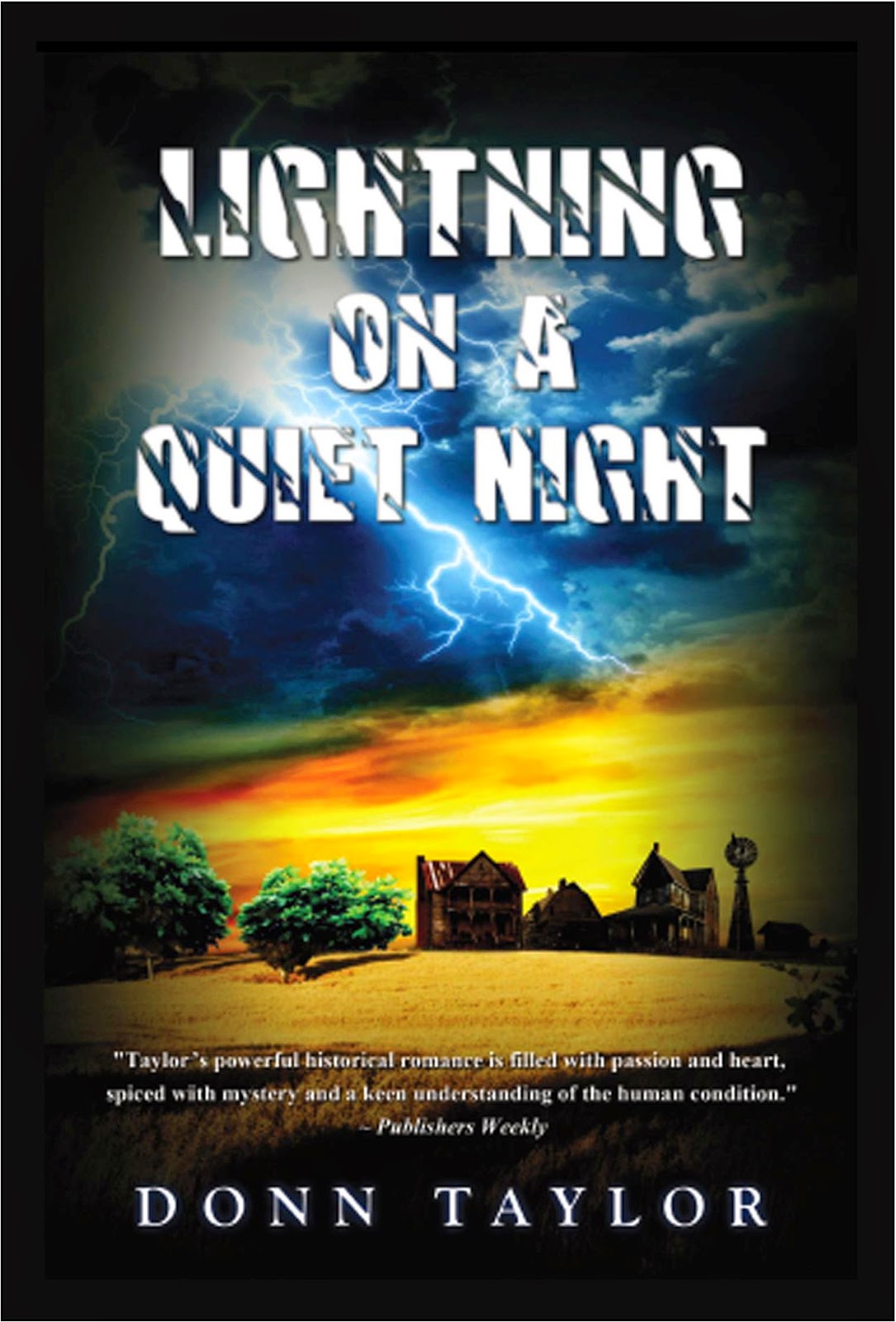 Leave a comment and email address about the following post and be entered in the drawing for next Monday night - A SURPRISE ( I'll announce the winner on Monday night - along with the prize)
See what Donn has to say below:

HOW LIGHTNING STRUCK SLOWLY
Several months ago Lighthouse Publishing of the Carolinas published Lightning on a Quiet Night, my fourth novel, a historical very different from my mystery and suspense novels. It still seems strange to me how this novel came about, because I didn't plan it that way. It was a long time coming, with many unexpected changes along the way.

Years ago in college, I thought about writing a western novel in the manner of Ernest Haycox. The precipitating incident was to be an unexpected murder in a small town, a murder vaguely similar to one in Mississippi during the mid-1940s. But the Korean War interrupted that project. I rarely thought about it during the next several decades. Only recently, when I decided to write a novel for the Christian market, that I looked at that idea from a different perspective.


Back when I was seventeen, my family moved to Northeast Mississippi, and I quickly came to appreciate the region's wooded hills and small, fertile valleys. I also appreciated the people—small-town storekeepers, bankers, and farmers—who went about their daily business with basic good will. I was well aware that these people were rarely if ever portrayed in the prevailing fiction of the day.


So when I came to write that Christian novel, I set it in a fictitious town in that region, and in 1948. Because I'd actually lived there then, I knew I had the tone right. But it took much research of things I hadn't thought of then to be sure I had the historical facts right. Mildred and I traveled to Tupelo, MS, and worked through the files of a local newspaper. And we spent time in the state archives in Jackson. She also talked to her relatives who had farming experience in that area.


I'd decided to use the murder I'd imagined in college as the precipitating incident. But I wanted to portray the people of the region as I'd known them. The best way to do that was to bring in an outsider who would have to learn what made the local people tick. So I brought the heroine from Indiana, and made the hero a local boy trying to convince her that his small town was the best place on earth to live. That also would set up a romance as the main plot, with the murder as a secondary plot. So I started to write, with Mildred encouraging me all the way.


That's when strange things began to happen. I'd like to say the Lord intervened, but that might be presumptuous. As the writing progressed, though, the subject broadened to consider basic Christian problems. The town became proud of its human virtues to the point that these got more attention than the God who created virtue. Paradoxically, the town's religiosity led the heroine to reconsider her initial skepticism, and incidents emerged to remind everyone that original sin is the heritage of mankind. I'd begun with the intention of writing a Christian novel, but I had no idea I'd end up grappling with the deepest and most basic problems of the Christian life.


As Mildred and I talked, more and more of her practiced faith came to be represented in the novel. Characters grew in the way she'd grown and taught me to grow, and some devolved in the opposite direction. In the end, the novel's main concern turned away from the romance and the murder and focused on the town's self-image and people's struggle to maintain that image when confronted with evil.


This isn't to say that those considerations are always heavy. I managed to get in a number of comic scenes to show the lighter side of the region's people. That gave a lifelike mix of the weightier and lighter elements. Except for those comedy scenes, the back cover description accurately portrays the novel:


In the years following World War II, a town too proud of its own virtues has to deal with its first murder. Despite the implications of this crime, the town of Beneficent, MS, population 479, tries desperately to hold onto its vain self-image. The young veteran Jack Davis holds that idyllic vision of the town and tries to share it with Lisa Kemper, newly arrived from Indiana. But she is repelled by everything in town. While the sheriff tries to find the murderer, Jack and Lisa’s contentious courtship reveals the town’s strange combination of astute perceptions and surprising blind spots. Then they stumble onto shocking discoveries about the true nature of the town. But where will these discoveries lead? To repentance? Or to denial and continuation in vanity?


Thus my historical novel is completed. I hope you enjoy it. Now back to suspense and mystery .

~Thanks for stopping by Journeys To Joy ~
journeystojoy.net at 8:30 AM 4 comments:
Share 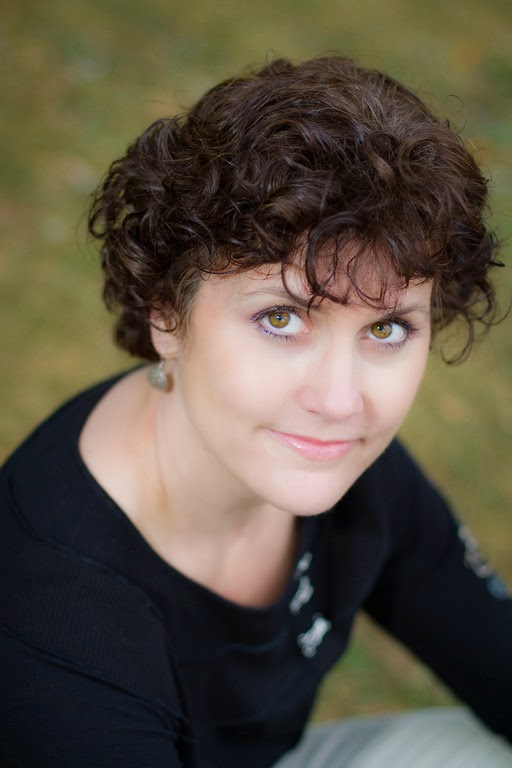 Have you always wanted to be a writer?
Yes, except for a short season when I kicked around the idea of becoming an astronaut. Two problems with that, though. First off, I hate science and math, both of which are slightly necessary to succeed in an aerospace career. Secondly, it was a total deal breaker when I found out that astronauts don’t actually wear cool Lt. Uhura uniforms.

If you weren’t a writer, what would you be doing?
I’d be running a B&B in England. Near a castle. On a moor. With Mr. Rochester as my neighbor. Wow. Did I mention I’m an out-of-the-closet Charlotte Bronte fan-a-maniac?

Why do you write?
Because being a pirate is frowned upon and I’m pretty sure no one will pay me to eat brownies all day. There’s also the simple matter of quieting the voices in my head by capturing them onto paper so I can have some peace.

What do you struggle with most, as a Christian Fiction writer? How do you overcome it?
One of the biggest traps to snap it’s sharp jaws into a writer’s neck is measuring yourself up against sales numbers. It’s a constant battle to remind myself that my immeasurable worth is found in what Jesus did on the cross, not on having my name in the #1 slot of the New York Times Bestsellers.

How much of yourself is in your characters?
There’s a piece of me in every character—even the villains. Not that I have a split personality, mind you, but this phenomenon is pretty universal amongst writers. In fact, I’ve got a favorite quote from John Milton that sums it up quite nicely:

“For books are not absolutely dead things, but do contain a potency of life in them to be as active as that soul was whose progeny they are; nay, they do preserve as in a vial the purest efficacy and extraction of that living intellect that bred them.”

But sometimes your heroes are a shade on the dark side. Why?

Most heroes are too good to be true. I like to dress mine in unpredictability. Someone who’s not necessarily safe to be around but always has his loved one’s best interests at heart and will put his head on the chopping block to save them if need be. This reminding you of anyone? The same could be said for Jesus. I hope readers make that connection, subconsciously at least. Heroes are not always what we expect them to look like on the outside.

What type of books do you write?
The kind that keep you awake late into the wee hours, heart pounding, curious to find out what’s going to happen. And long after you’ve read the last page, stories that won’t leave your mind for days. But if you simply mean genre, then historical. My latest release is BRENTWOOD’S WARD.

Here’s a blurb:
There’s none better than NICHOLAS BRENTWOOD at catching the felons who ravage London’s streets, and there’s nothing he loves more than seeing justice carried out—but this time he’s met his match. Beautiful and beguiling EMILY PAYNE is more treacherous than a city full of miscreants and thugs, for she’s a thief of the highest order . . . she’s stolen his heart.

Why write this book? What was the inspiration?
What attracted my interest as an author was an old newspaper advertisement put out by Henry Fielding, the founder of the Bow Street Runners. It encouraged the public to send a note to Bow Street as soon as any serious crime occurred so that “a set of brave fellows could immediately be dispatched in pursuit of the villains.” I wondered about those “brave fellows” and what kind of villains they might come up against, and thus was born Nicholas Brentwood.

Now that you’ve met this author, who are some of your other favorite authors? Answer in the comment section and your name will be tossed in a hat to win a signed copy of BRENTWOOD’S WARD. 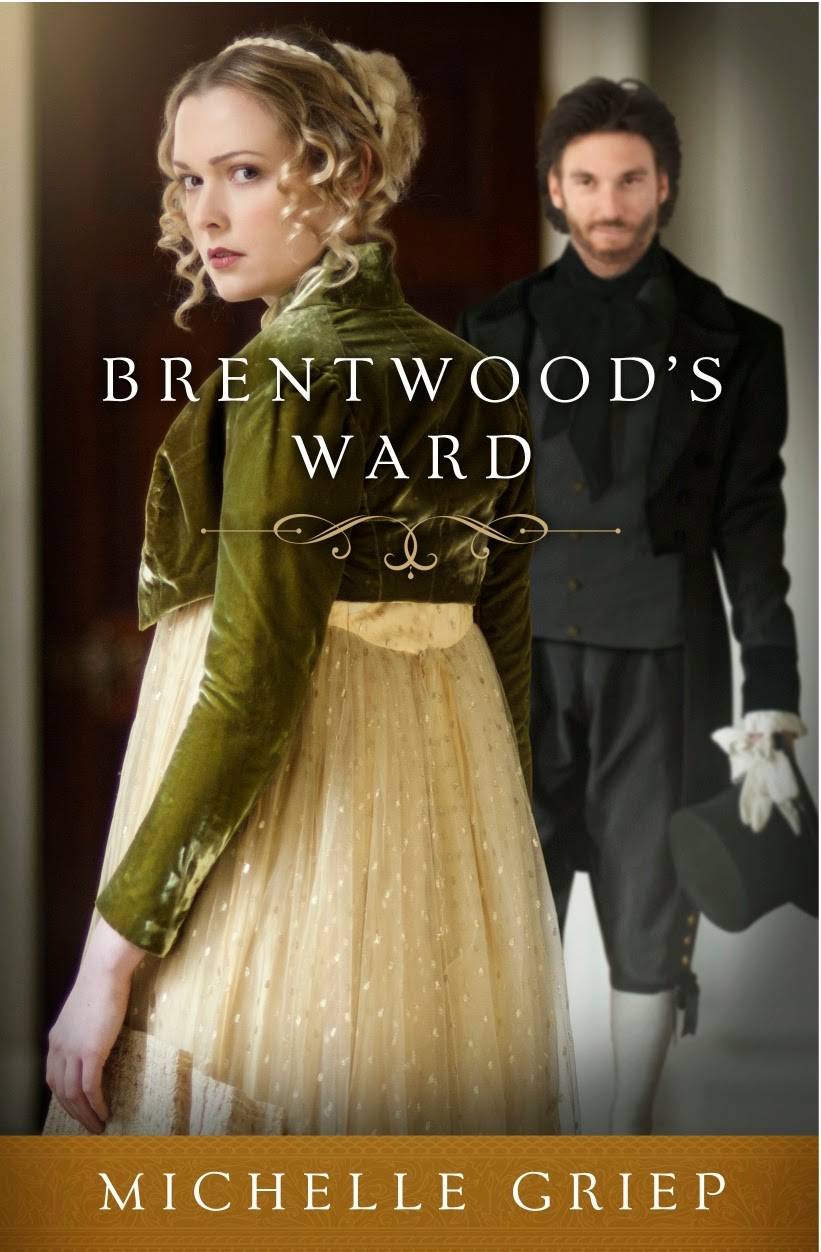 Michelle Griep's novel, BRENTWOOD'S WARD is written in a very similar style to that of the late Georgette Heyer. I don't think I've said that about another book in any of the reviews I've done over the years.
Griep's style also is such that with every turn of the page , you're unsure of what a character might prove to do or say - especially the heroine.

Character depth, setting, depiction of verbage - ALL well-done and the clincher for me in reading BRENTWOOD'S WARD was during a four-week illness where reading has been a very difficult thing for me, comprehension as well as the lack of ability to concentrate well. . .not only did I WANT to read that book completely through, but there were places I found myself gripping the book with more than normal tension, saying to one of the characters (won't tell you which one(s), but there were more than a couple instances) "No. Don't let so and so fool you." - OR -" NO! don't do that or don't go that way."
That said. . .I read this entire novel in just a few hours and it's sticking with me yet today.
I can't say when I've been so absorbed by a book that I've not had the urge to critique as I read -- until BRENTWOOD'S WARD.

I'll be looking for more of Michelle Griep's stories to see if they compel me to keep reading the way this one has.
I WILL NOT BE GIVING MY COPY AWAY! This is a definite KEEPER!

Now that you’ve read JOY'S TAKE, who are some of your other favorite authors? Answer in the comment section and your name will be tossed in a hat to win a signed copy of BRENTWOOD’S WARD.

DRAWING TO BE HELD -- MONDAY - JANUARY 19th - EVENING - WINNER ANNOUNCED HERE and VIA EMAIL - leave your email address WITH the comment.

Thanks for stopping by JOURNEYS TO JOY!