TO READ AN OUT-TAKE:
http://www.tinapinson.blogspot.com/WhenShadows-fall.html

The Civil War rages, and Rebekah fights to keep her world intact. Loss and sorrow seeps into her heart. Her sights on Oregon, she prays New Eden will be a place of peace for her and her son.  A refuge. She travels to Missouri to start her journey and is denied the
opportunity to join the train. (A wagon train)

Matthew battles his way through the war thinking of Rebekah, planning to help her west.
He fears his biggest battle lies ahead.
Will Rebekah open up her heart and allow him to be the one to hold her when The Shadows Fall?

I've taken the liberty of placing the following excerpt from something author, Tina Pinson has in the very beginning of her book. This is an exceptional premise to the story, WHEN SHADOWS FALL;

"Life is a mixture of joys and sorrows,
Where darkness and light mingle to cast shadows upon  your soul.
These shadows, often fleeting, touch us far deeper than their hazy essence ever deemed possible. . ."
~ Rebekah Cavanaugh ~ April 1864

There is more to that but I want YOU to read it with the book.

This book is a MUST read! BUT be prepared because you won't be satisfied until you have the second book, Shadowed Dreams in your library when it's released in November 2012 as well.

Tina Pinson has done an amazing job entwining historical facts and fiction without sacrificing either the story or the realistic.

I have to admit, I tend to skirt Civil War stories due to the horrific pain of war those of the North and South both suffered, often with brothers actually fighting brothers over a cause that left scars on slaves and free alike.
This story gripped me and had me turning pages without a sense of time, I was so caught up in Rebekah's plight and her courageous strength I didn't pay attention to the fact I was at the end of book one until it was there.

I really didn't want the story to end. I was ready to continue on into Shadowed Dreams but Tina tells me I have to wait until November.

To purchase Tina Pinson's  BOOK ONE - WHEN SHADOWS FALL Go to:

You will NOT be disappointed with the purchase of this book - just remember, I've warned you ~ You WILL want to read Books Two and Three as well ~ SHADOWED DREAMS ~ TO CATCH A SHADOW~ 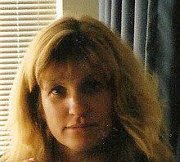 Let me tell you a bit about author ~  TINA PINSON
Tina Pinson resides in Mesa, AZ with her husband of thirty+ years, Danny.

She started her first novel in elementary school. Loves other creative outlets like writing poetry, songs, or stories and drawing. She had four years of journalism, a half year of college, including a Creative Writing class. She also took  a fourteen-month correspondence course through The Writer's Institute. For the last few years, Tina has been involved with American Christian Fiction Writers, ACFW.

Tina has several other books, two of which were published through Desert Breeze Publishers and many book retailers like: Amazon.com, Christianbooks, and Barnes and Noble.

Shadowed Dreams and To Catch a Shadow, the next installments of the Shadow Series, the continuing story of Matthew and Rebekah, will be available through Desert Breeze in November 2010 and May 2013.

Tina is working on; Tamed by Mercy, a sequel to Touched by Mercy, (published through Desert Breeze Publishers) among others.

This author's walk with the Lord and writing are cohesive. Some of her stories deal with hard issues of life. She is not afraid to take people through the issues and lead them to the Lord. She feels that is what God has called her to do.

Be sure to check in at Tina's website: http://www.tinapinson.com

You won't regret reading the work of this excellent writer!